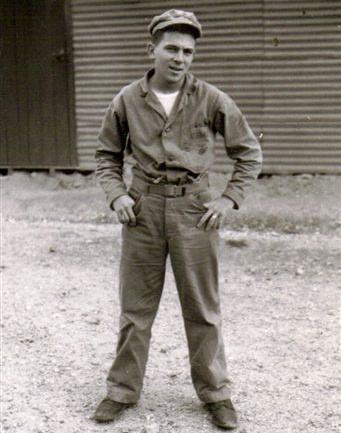 Re: GySgt Rousseau letter on leggings. The Marines of WWII and Korea were not issued leggings to be worn with utilities. That's what made us Leathernecks different vs Army boots which took time to tuck in and lace up and could be deadly, as GySgt Rousseau pointed out.

I was in the Corps during and after the Korean War and don't remember being issued leggings or high boots. We wore "boondockers" which were high-topped shoes but not high enough to tuck in trousers. (see attached photo). It may not have been as neat, but it was the Marine way.