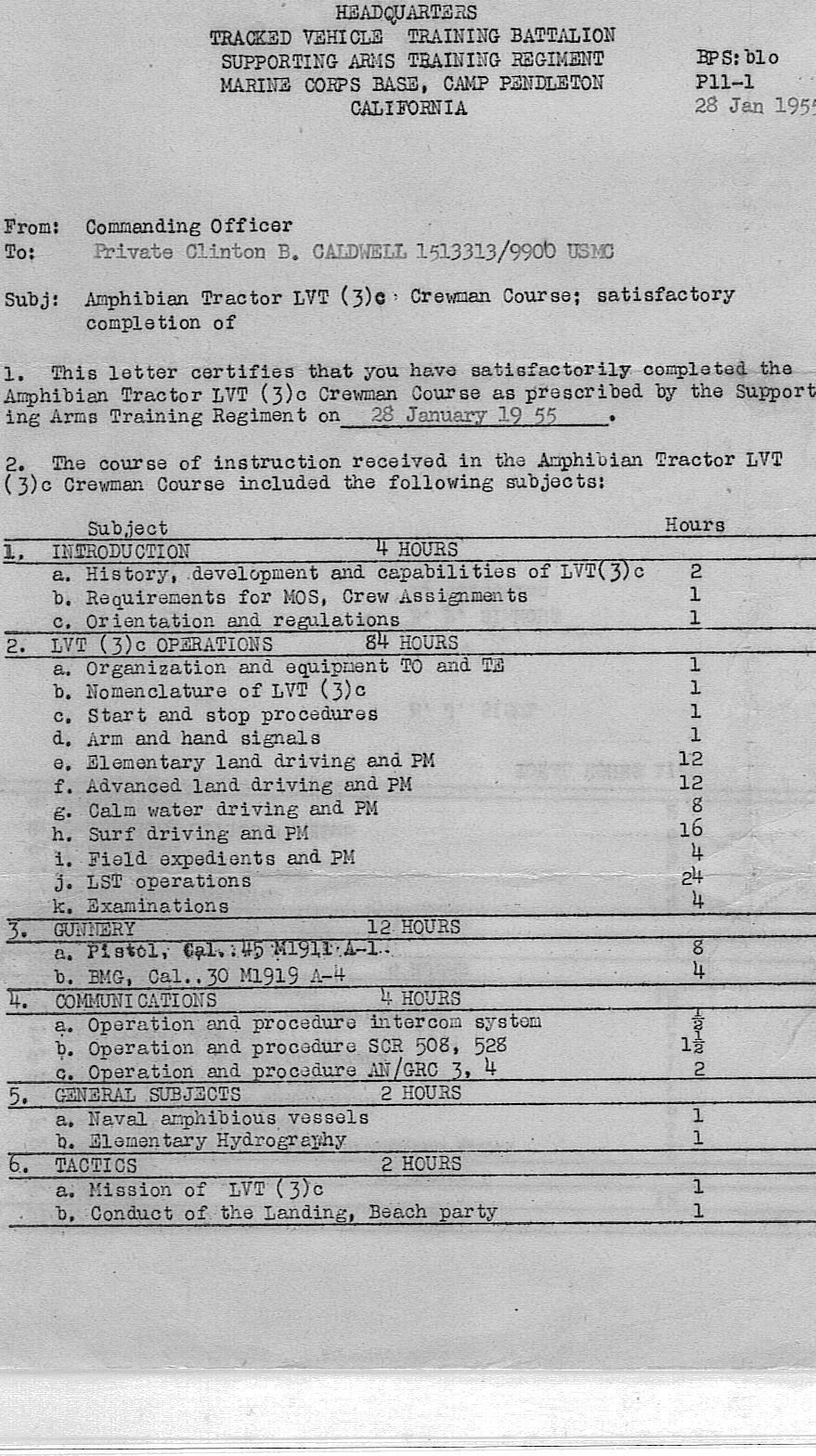 Sgt Grit Here is a copy of my certificate of Amtrac School that
I went to in Camp Delmar at Oceanside Ca. And that was before
P35 I think that is what they were called. I came there from
boot camp leave, then to advanced infantry training. Then to
Camp Gifu Japan in a comm. Platoon Anglico for 15 months then
back the states, 2531 & 0849 mos. Parris Island for 14 months in
the Post Exchange and never seen the inside of an Amtrac again.
Discharged in Sept. 1957 Honorably.

I made a landing on Iwo Jima in Feb 1956, But not in a Amtrac to
play war, we had air strikes and we went over the side of the
ship into landing craft So I spent 4 weeks that was never used
again. But that is the life of a Marine to get training that you
might use. sometime or maybe never.