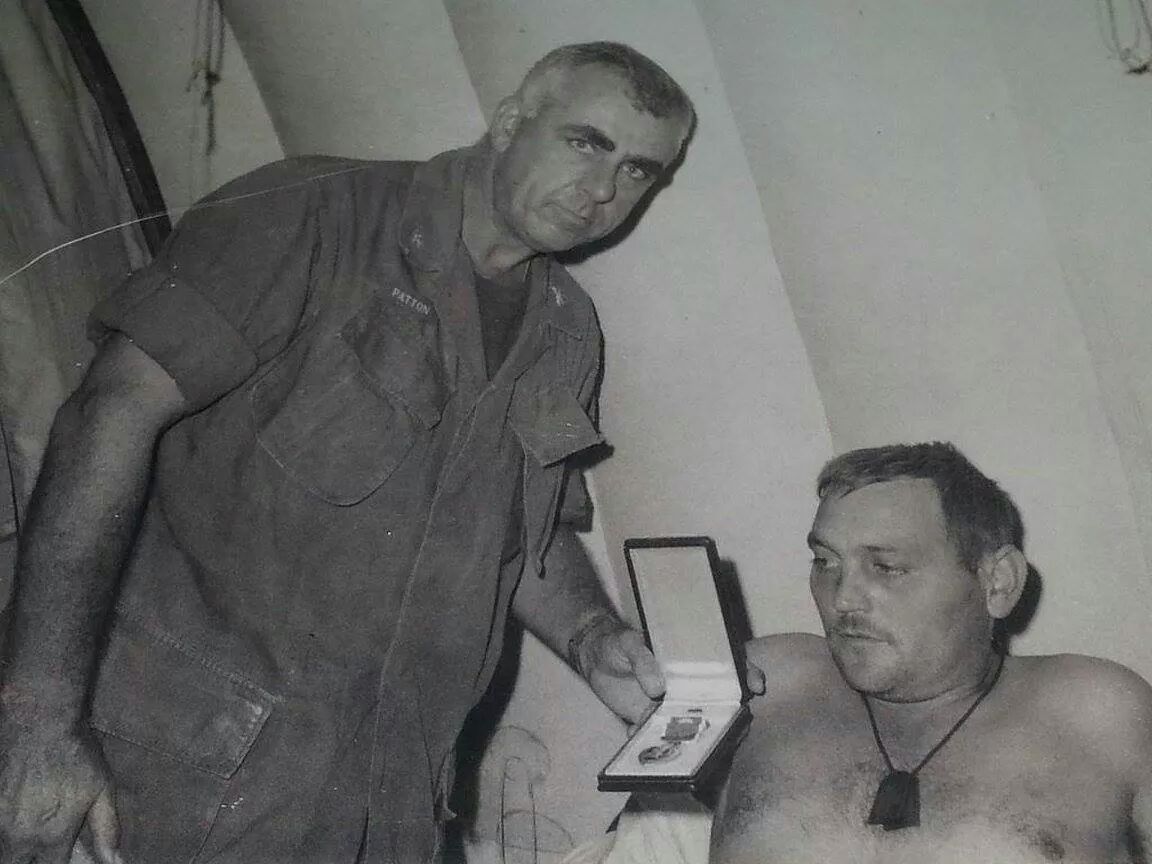 This story is about my Dad Ssgt Kenneth D. Havice ret. He spent 3 terms in Vietnam, receiving 4 Purple Hearts, I’m not for sure where he was but all I know him and the men under him was under heavy fire, one of his men got a non life threatening wound, his Lt. told him as soon as the fire calmed down they would get his wounded Marine to safety, my Dad said no sir, I will get my man now, so on the way back after getting his fellow Marine, my Dad was shot in his arm, not knowing because of his adrenaline, his Lt. said are you in alot of pain, my Dad replied no why? Lt. responded look at your arm, my Dad said he shrugged it off, because it wasn’t his first gun shot wound, Lt. then said I don’t know if your crazy or just brave as HELL, but when we get back I’m putting in the paperwork for a Congressional Medal of honor, well before they could get back the Lt. was K.I.A. so the paperwork never happened, but he did recieve his Purple Heart from a full bird colonel by the name Patton, and after some research he was the son of General George Patton