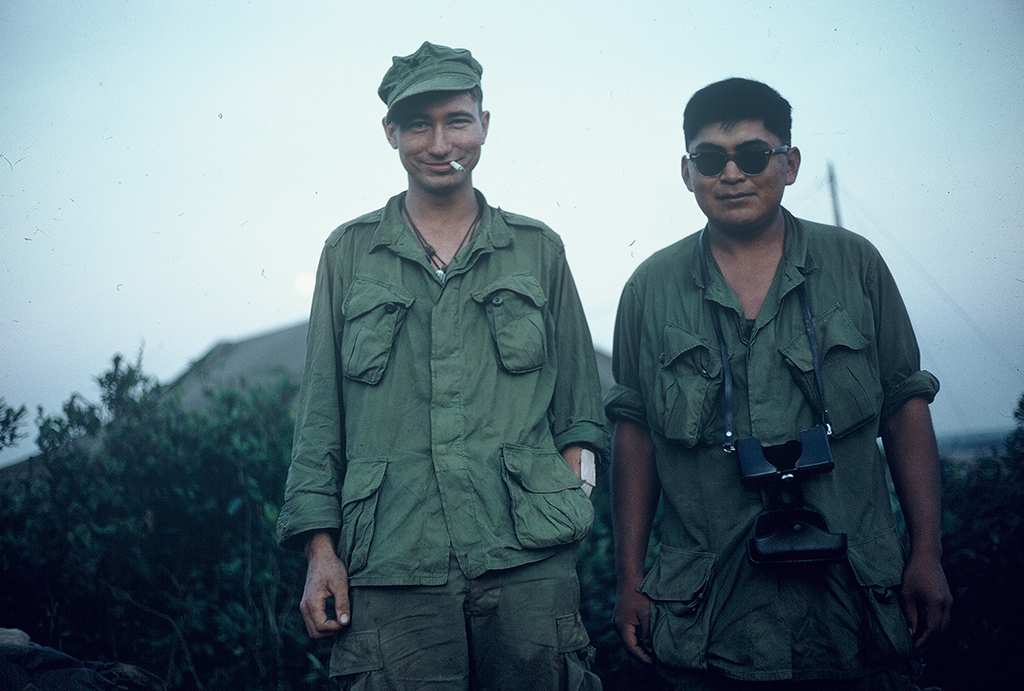 My old buddy “Tex” Keyes told me this story. Tex and Sandoval, aka Tex for they were both from Texas, went out with a line company. They were the TAC team with one carrying the large radio and the other with a case of C-Rations and water on his pack board. He said they landed in a hot LZ with shrapnel flying all over. Tex said they manage to get into a small hole with neither able to move very much. Soon Sandoval asked Tex to feel his backside because it felt wet. Tex said he felt the wetness and determined it was water. He told Sandoval you got hit in the butt and it is bleeding real bad. Tex said Sandoval got real quite and did not say anything else. When the fire lifted and they got up Sandoval found out it was only one canteen had been hit he chased Tex all over and said he was going to kick his butt. Tex went to Bangkok on R&R and brought a pet snake back to the Rockpile but that is another story. That is picture of me and Tex at A-3 in 1968.