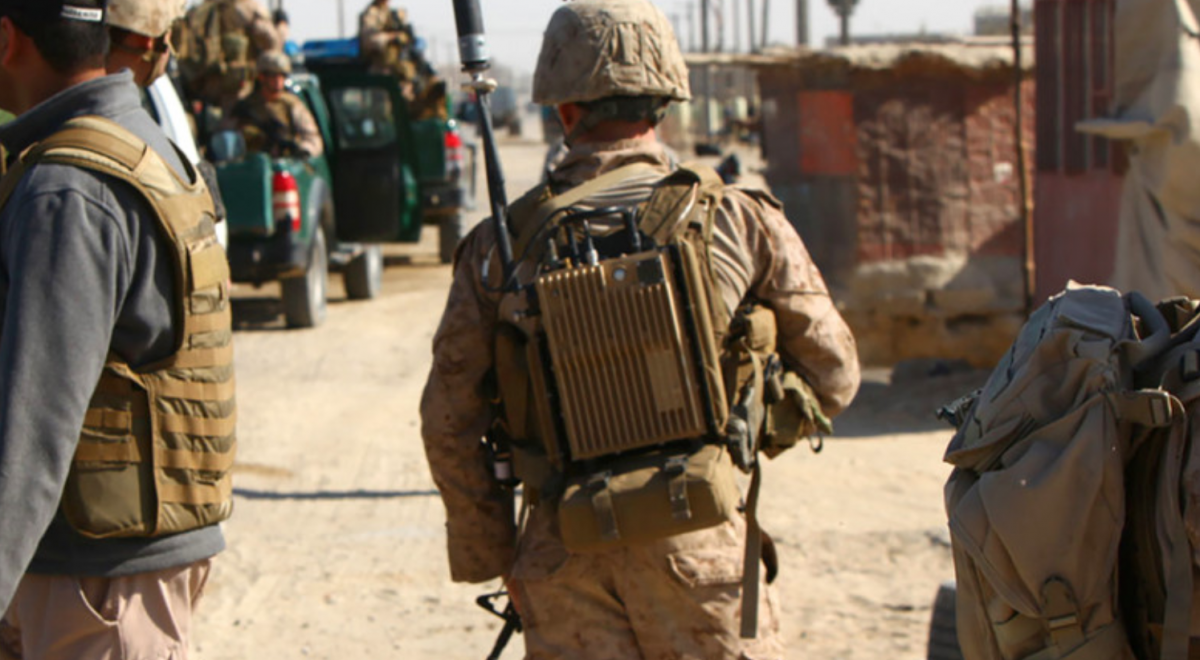 The technology employs a vehicle-borne tool that enables Marines to discern what happens inside the electromagnetic spectrum. It connects several independent electronic capabilities into a single unit and allows Marines to manage threats and reactions from a central location.

“Marines are going to be able to make decisions on what they are seeing,” said Lt. Col. Thomas Dono, a team lead in MCSC’s Command Elements Systems.

Marines currently use systems to counter IEDs that block signals used by adversaries to remotely detonate explosive devices. The new technology is a man-packable and vehicle-mounted system, which will be able to be deployed on any Marine vehicle.

Once fielded, the system will enhance situational awareness on the battlefield.

“We will be able to do all of the functions of similar systems as well as sense and then display what is going on in the electronic spectrum,” said Dono. “Then we can communicate that to Marines for their decision-making process.”

MCSC is taking an evolutionary approach that allows the command to field the equipment faster and then gradually improve the capability as time progresses, Dono said. As the technology evolves, the Marine Corps can make incremental improvements as needed.

The Corps will work with Marines to test a variety of displays that track the electromagnetic spectrum, looking into each display’s user interface. The command can then determine if improvements must be made to ensure usability.

“It’s similar to what Apple does with the iPhone,” explained Dono. “They have many different displays and they want to make it natural and intuitive, so it’s not something that’s clunky, confusing and has to be learned.”

MCSC plans to field the vehicle-mounted system around the first quarter of 2020. When implemented, the equipment will continue to grow in capability to better prepare Marines to take on the digital battlefield.

“This system is important because it is going to allow Marines to operate inside the electromagnetic spectrum, make decisions and act upon that information,” said Dono. “That’s something they’ve never had to consider or think about in the past.”