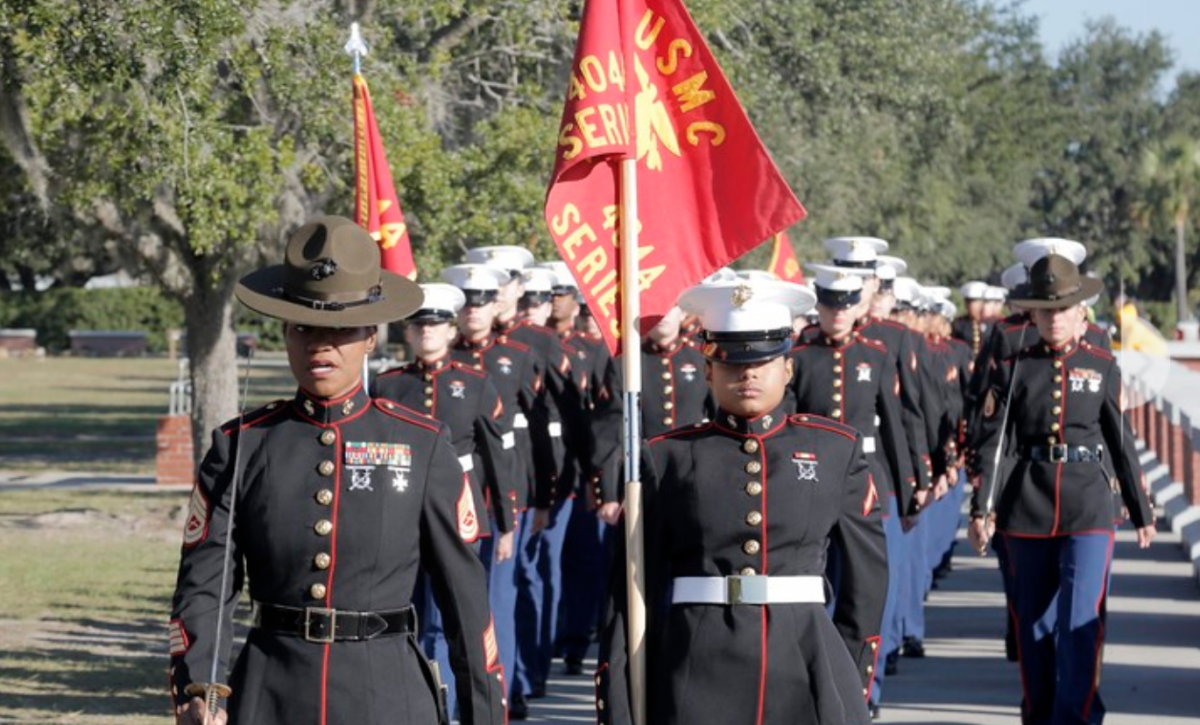 A company of female Marines made history Friday after becoming the first group of new Marines to debut the Corps’ latest dress uniform.

The approximately 129 Marines of November Company, 4th Recruit Training Battalion were the first on the depot to graduate recruit training in the new version of the female Blue Dress Coat.

The new coat features the iconic mandarin collar, white belt and gold waist plate seen on male Marine uniforms. The current female coat is open collar with a neck tab and a white shirt underneath. The coat mostly resembles the current male version although it lacks pockets and lines on the uniform.

Mary Boyt, a member of the Marine Corps Uniform Board, said plans to introduce the coat began in 2013 when then-Secretary of the Navy Ray Mabus instructed the Navy and Marine Corps to come up with ways to streamline uniforms and make them more unisex where possible. During a survey process, Boyt added many female Marines expressed that their current uniform wasn’t being recognized as belonging to the Marine Corps as civilians were more familiar with the more common male version of the coat.

For many drill instructors with November Company, the graduation was their first time publicly debuting their new blue dress coat. Many said the new uniform aligned them more with their male counterparts.

“Its very form fitting…it fits pretty well,” said November Company DI Sgt. Jazmin Penado, describing the new coat. “Now that we’re wearing the same uniform as male Marines, I feel like we are all equal. I know that’s what the Marine Corps is striving for, to make everything the same. I personally love the uniform.”

November Company Drill Instructor Staff Sgt. Kara Sykes, who serves as unit historian for 4th RTB, said the new uniform is a throwback to older female uniforms dating back to the World War II-era and is a return to form for the Marines; especially in light of the recent centennial marking 100 years of women serving in the Marine Corps.

“If you look back at history, when females first came into the Marine Corps, we had the high coats with the high neck collars and then we changed over the years to a different coat,” she said. “The coat we have now is similar to when we first started. We’re bringing it back. It’s a good time for us to actually wear the coat…to see the history, to see how far we’ve come and to come back to history.”

Last August, recruits with Papa Company, 4th RTB became the first recruits to be issued the new coat; however they did not graduate in the coat as it is only worn for graduation in winter months.