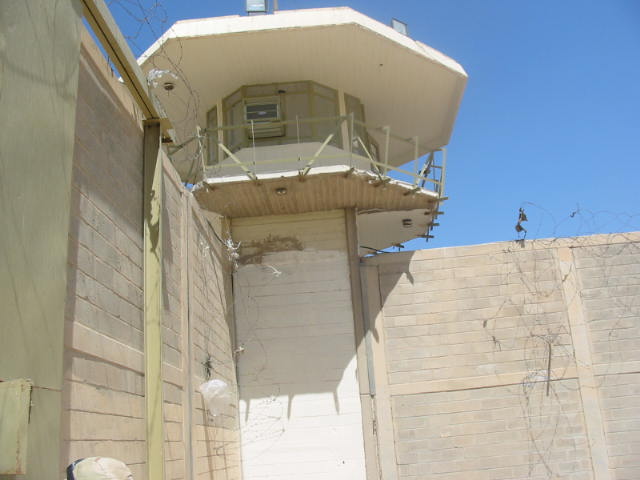 Most of your readers are like me, a Viet Nam vet. I'd like to share some memories of Iraq. My goal is to let my fellow Viet Nam vets know that Iraq was like a Viet Nam in the desert. Those who served there, and in Afghanistan, don't always get the respect they deserve (in my opinion). I think the same happened to the Viet Nam vet from Korea vets and they in turn from WWII vets.

There were improvements since my last deployment; tents with air conditioning, portable showers in trailors, porta pots, etc. I didn't even have to burn the sh***ers like Viet Nam, they hauled it away. But all in all, a combat zone is a combat zone.

I arrived in April 2004 and was assigned to the famous (or infamous) Abu Ghraib prison. My specialty was counterintelligence, but they sent me there with a team of HUMINTers (read interrogators). Upon arrival, we saw signs everywhere about the perils of prisoner abuse and reminders of the rules. I thought it was overkill, afterall, who didn't know the rules. And then the hammer came down about those morons who mistreated detainees and were dumb enough to take pictures.

I lived in one of the cells. At first I thought it cruel that I would find myself living in a prison cell. But very soon it saved my life.

Some Haji (all Iraqis were referred to as Hajis since their names were either Mohammed or something unpronouncable), fired an RPG at a prison tower, missed, and hit my cell wall. Needless to say, I thanked Saddam for the architectual sturdiness of his prison.

Now enter the Marines. We occasionally made trips to Baghdad. So of course we traveled in convoys. It was very much like those trips in Viet Nam from An Hoa to DaNang only on pavement. A Marine Detachment was responsible for convoy escort. They led and trailed the convoy. I no longer recall the route but it seems like Route Irish.

Enter the IEDs. We called them booby traps in Viet Nam but now they were much more sophisticated. Cell phones changed the game along with huge explosives left over from Saddam. 155mm rounds and bigger could be detoned from afar. But was I worried? No way. With the Marines leading the way and my 9mm Berretta, I was safe! Although one time the convoy got held up by an overturned vehicle and we had to dismount. There I was with my 9mm ready to repel any attackers! Where was the .45 we had in Viet Nam?!

Inside an armoured-up Humvee is hot. Hot can't fully convey what it was really like inside. Bottled water was always available given the desert heat. No wonder they all had camelbacks full of water. I drank water constantly. Later I realized I hadn't relieved myself for over 6 hours despite constantly drinking water.

But the moral of this story is the guts and grit of those who served there. Not me, I was soon transferred to Baghdad as a counterintelligence analyst (once tagged as an analyst you can never escape it). I lived in an airconditioned tent but worked in a palace.

The Marine and Army trigger pullers who wore the full battlerattle in that miserable heat were heroes. Not only did they face IEDs and ambushes, they kicked in doors not having any idea what awaited them.

Sound like Viet Nam? Indeed it was. General Sherman was right, war is hell. And once again the Marines were out front, just like those convoys and places like Fallujah and Ramadi or the Army at Sadr City and Baghdad.

General Amos was right, "Once a Marine, always a Marine".