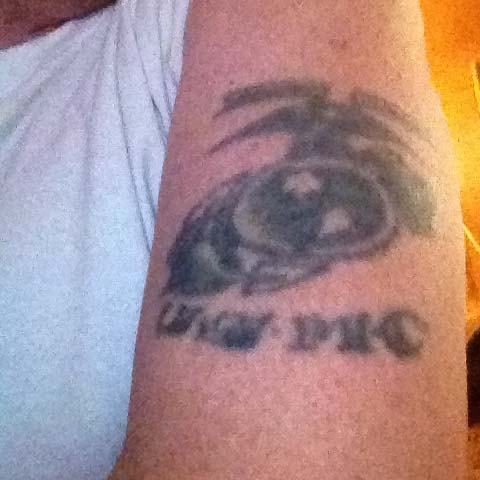 I got this tattoo in 1974 while I was in ITS, just before receiving orders to the “Rock” Okinawa back when we were still in control of the island before we gave it back to Japan. Got to the “Rock” in December and assigned to 3rd Battalion/ 9th Marines. We were the lucky ones “on float” when we got the call to fly back to the “Rock” because we were in Japan, and they would not let us launch an attack from their shores, to go back to Vietnam. They wouldn’t tell us until we were almost in Saigon Bay if we were going to go in “balls to the wall” or just to evacuate the Embassy and all the refugees, which is what we did in the end. L/CPL JE Craft abroad the USS Denver.