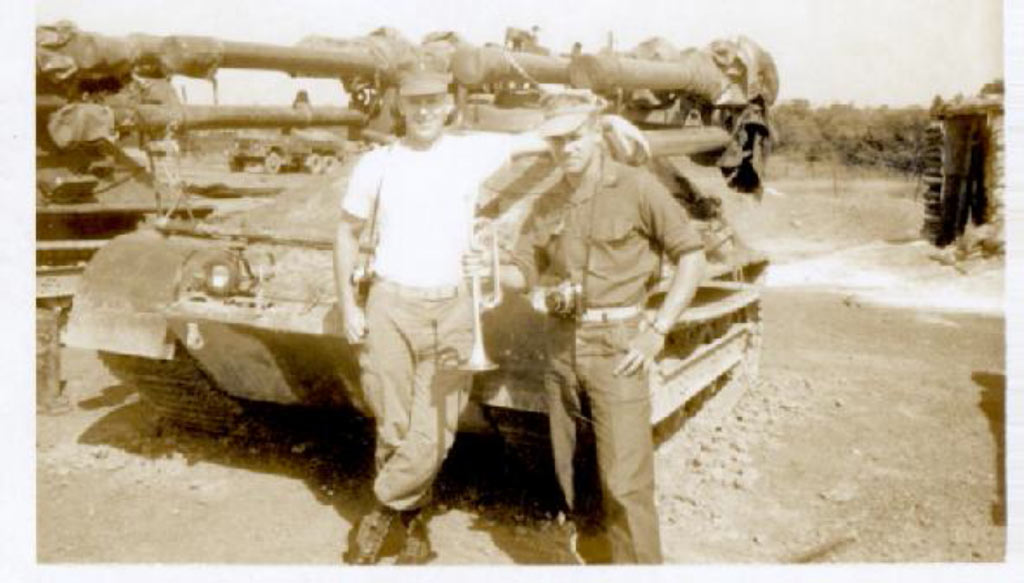 This is a picture of myself (on Left) and Lt Stuart Berman standing in front of an ONTOS at 1st AT Bn CP outside DaNang in 1967.   Stu had just been awarded the silver star.  As I recall it was for rescuing the crew of a burning ONTOS after it had received enemy fire.  Would like to hear from Stu or anyone that might know what happened to him.