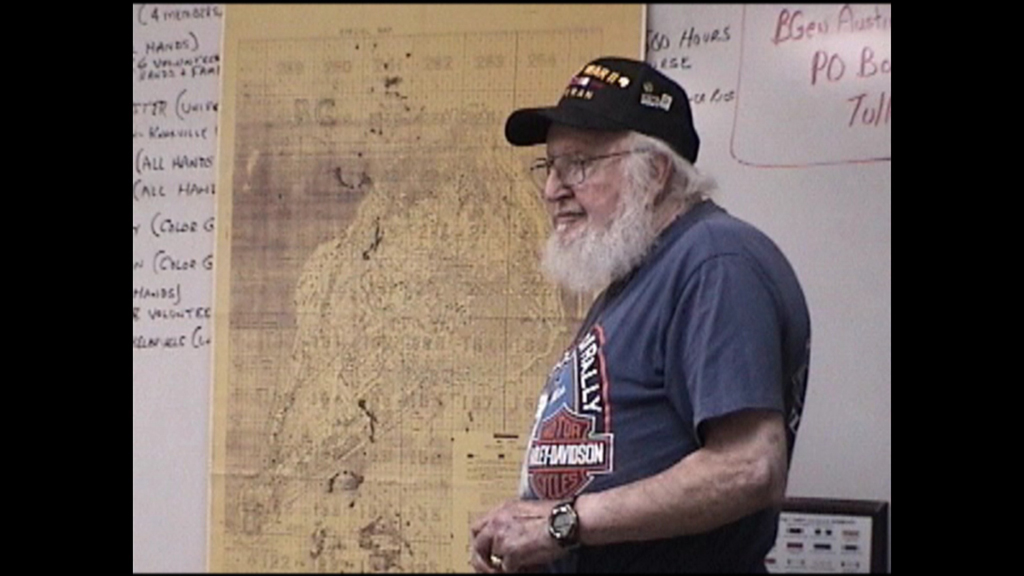 Cpl Guy Stratton explaining his part as a mortar man in the
Iwo Jima invasion to the younger Marines of Marine Corps
League detachment 1128 in Tullahoma, TN. He was one of
Twenty-five of the original 261 in his company to make it
off the Island and he was wounded three times. Their
leadership was cut down to one First Lieutenant, one
Sergeant and one Corporal.