When I was discharged from the Corps 24 years ago I set out to stay in Dress Blues shape figuring I’d be healthy so long as I was able to fit in them. The notoriously unforgiving form fitting wool coat would not allow an inch of excess flab and in order to get that cruel metal neck clasp fastened, I’d have to remain lean and mean. 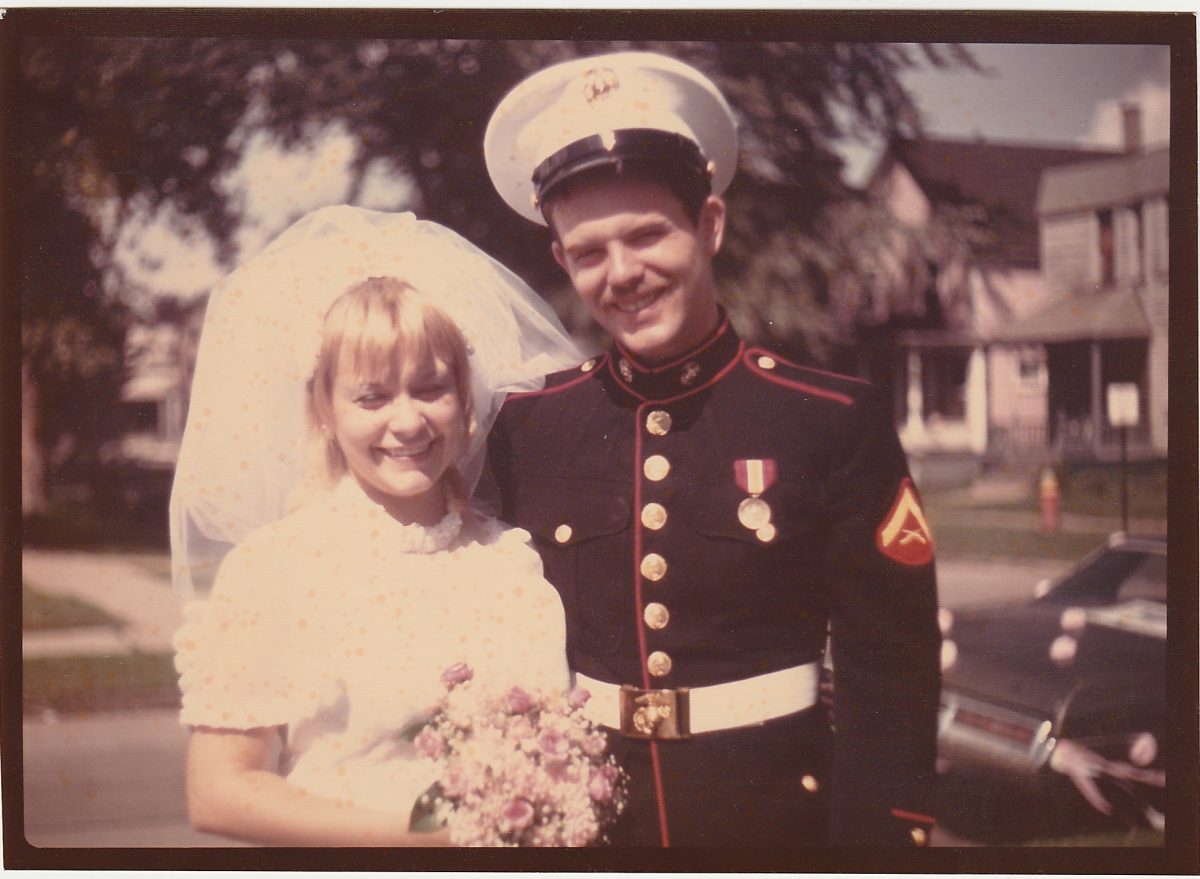 Here is two pictures of me in Dress Blues. The first photo is my wedding day 20 Sept. 1975. The second photo is from June 2019 after the funeral of my closest friend Chief Petty Officer Dan Lester USN Retired.

I earned the “Right” in ’81 out of high school. Never issued but had to buy ($200.00 plus). I purchased mine after I achieved E-4 and was able to wear the blood stripe. Never looked back. I wore them three times and always received looks and a “Thank you”. Was with H&S 1/6 out of Lejeune so I even had the white French Fortegiere on my shoulder. Sharp. I respect all branches…(with a sharp tongue). But we all can’t earn the right… Be safe, be vigilante, be you…and be a Marine!!!! 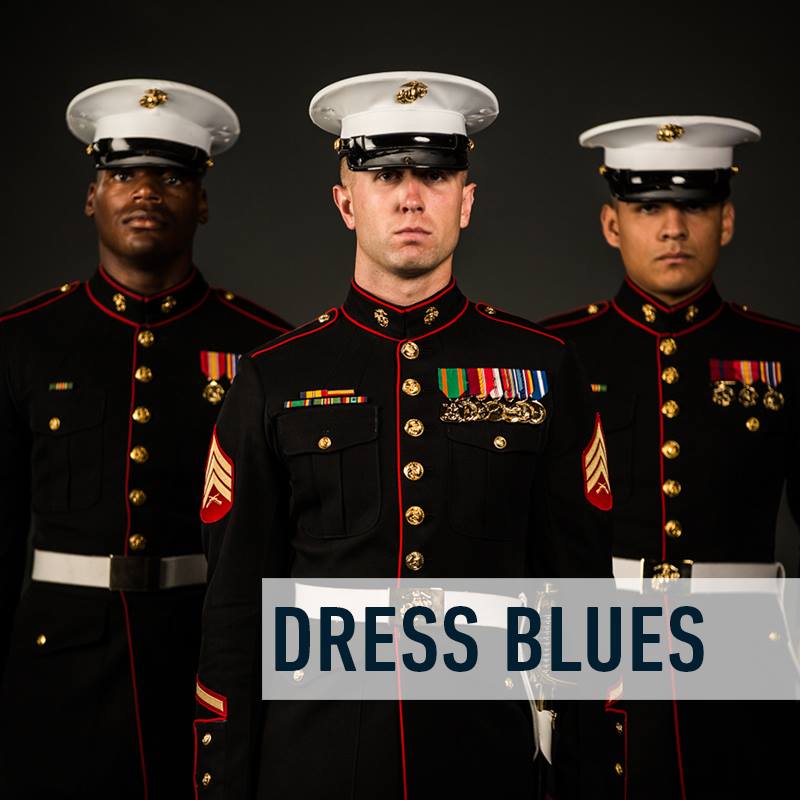 It’s arguably the best uniform in the U.S. Dept of Defense, and we know it! Dress Blues are worn for formal occasions and has largely maintained its current form since the late 19th century. 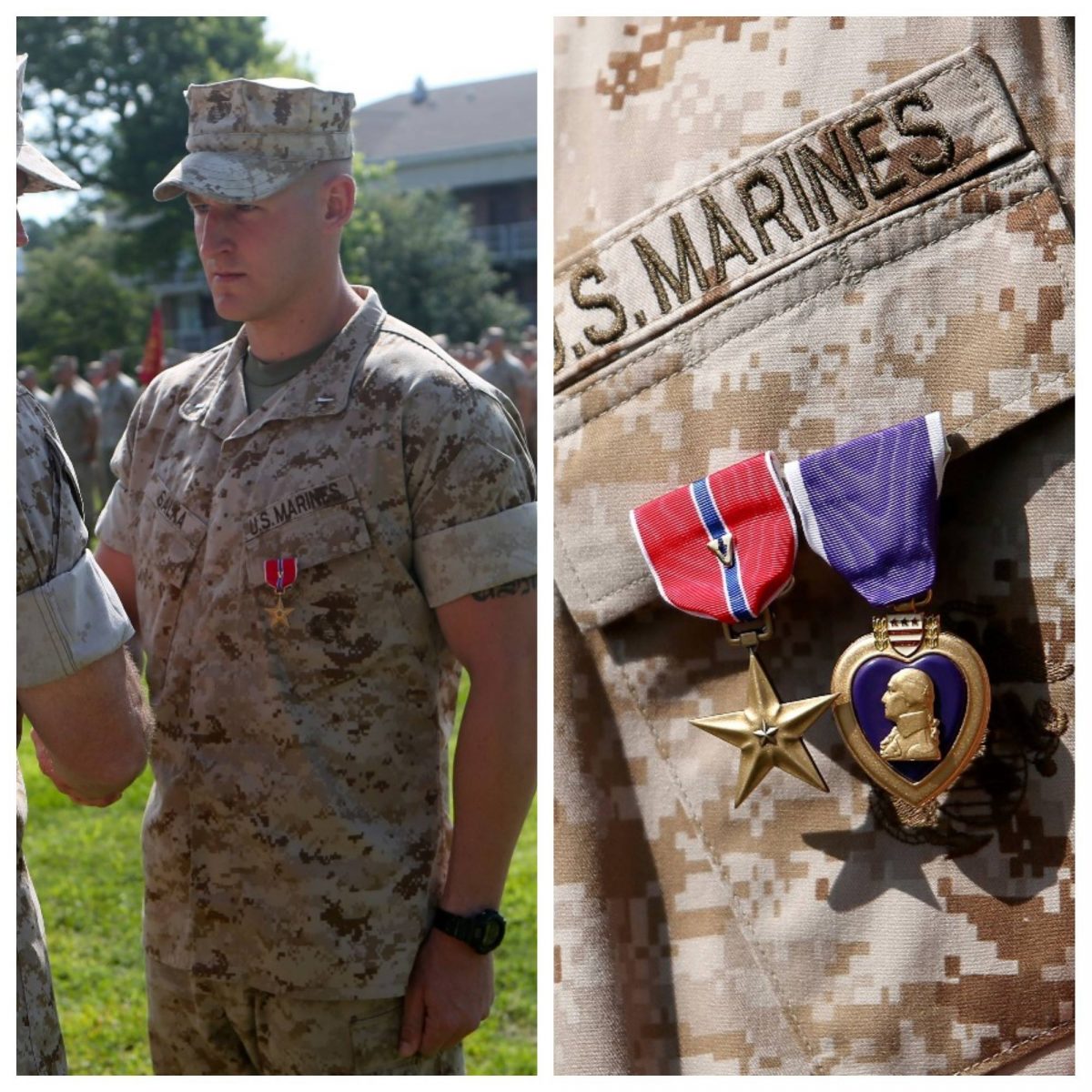 While deployed to Afghanistan in 2013, 1st Lt. Salka’s platoon was tasked with defending against insurgent weapon trafficking across a vast desert stretching more than 100 miles. In most cases, Salka’s unit was the only deterrence against insurgent attacks.
Eight weeks into their deployment, Salka’s platoon conducted a helicopter raid into the Taliban stronghold of Now Zad. Upon landing under fire, the Marines found themselves encircled by enemy fighters. During this fight, Salka exposed himself to enemy machine gun fire to resupply his Marines while working to identify a new extraction point.
During the extraction, Lance Cpl. Johnathan Burns fell to the ground from an injury sustained earlier in the fight. Salka picked him up without hesitation and ran a quarter mile to the helicopter, saving that Marine’s life.
1st Lt. Salka would spend another five months in Afghanistan conducting another 164 patrols, eventually being injured by a roadside bomb while on a mounted patrol.

Back from Nam, I was standing a “junk on the bunk” inspection at HQCO 2dBN 2d ITR MCB Camp Pendleton. The Captain spent what seemed to be a long time staring at my rack. Finally he turns to me and says , Sergeant, that is one of the worst boot camp photos he had ever seen. Even though I only had a couple of weeks before my discharge, he wanted an updated ID card. Now at 77, losing my hair, I look more like my old boot camp photo. SSgt. Doug Nicoll

Being the young smart ass that I was, I figured I could out smart the barbers at MCRD, San Diego. Two days before I left for boot camp, I went into my local barbershop and got myself a really short butch haircut. Well, this didn’t faze the barber at all. He said “Well, we have a smart ass here” and proceeded to shave my head with a razor, no lather either. I didn’t need a hair cut the rest of the 16 weeks I was there. At age 87, I still wear my hair “high and tight”.
SEMPER FI to all the current Jarheads and those like myself, living the old Corps.
GySgt Hicks 1954-1974

I feel like the same guy has been cutting hair at MCRD SD for the past 50 years. Who remembers sitting in this chair and what were you thinking at that moment? 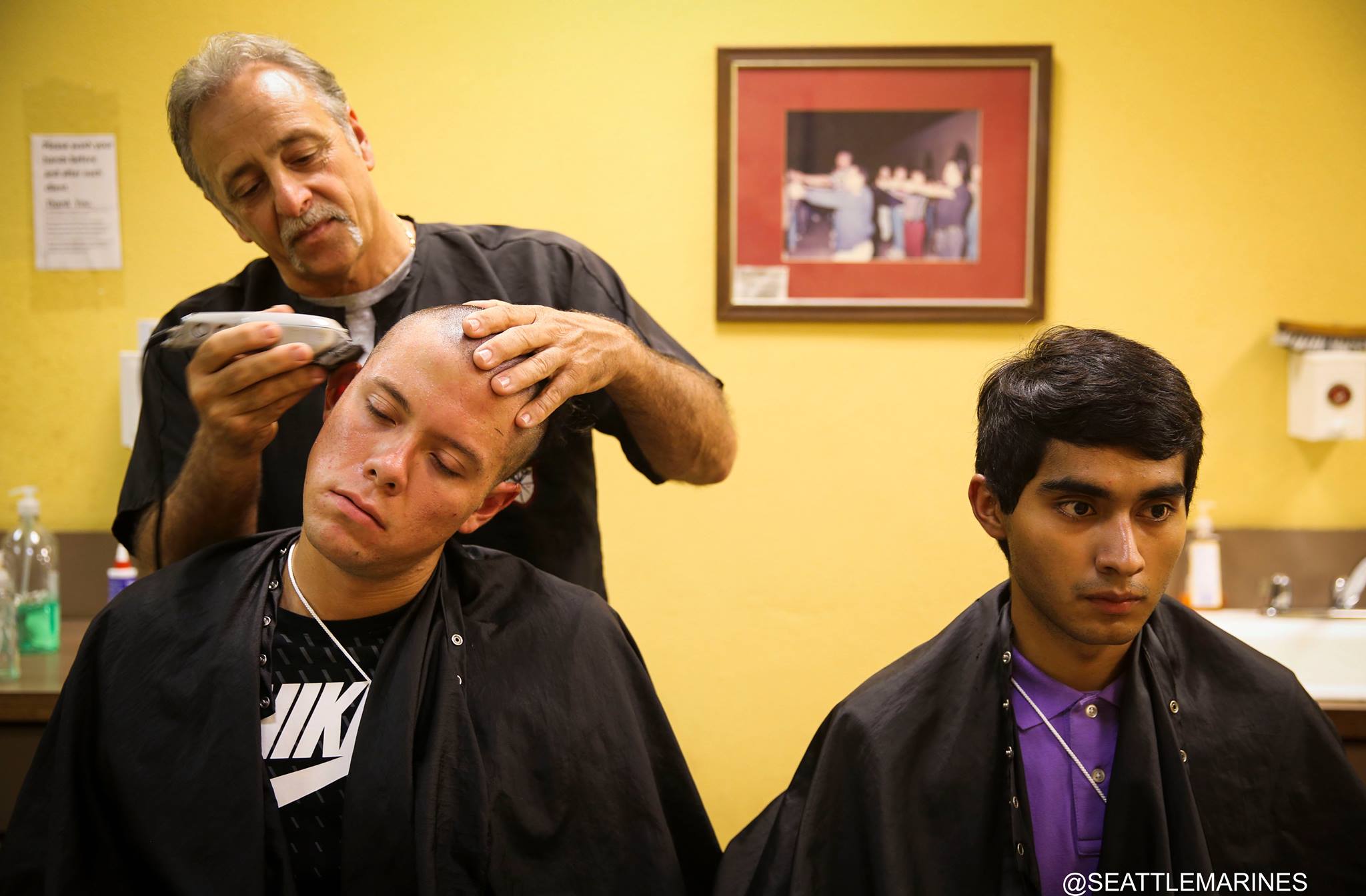