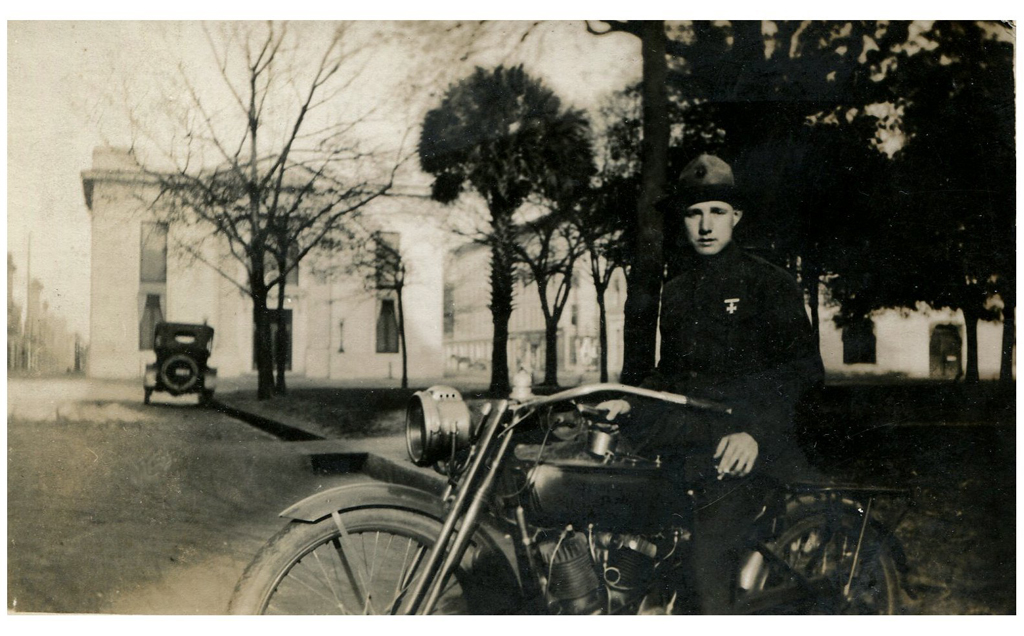 I have been given the honor of maintaining the personal items that belonged to my paternal grandfather, Oscar Steiner King, USMC 1917 – 1919. Among them are a number of photos from WWI and what appear to be some official U.S. Marine Corps photo post cards taken during boot camp. My grandfather was with the 78th Company, 2nd Marines, 6th Battalion. He was part of the 2nd Replacement Battalion which replenished the 2/6 after the Battle of Belleau Woods.

Here are two photos from the collection. One is a photo of my grandfather taken April 1918 at Quantico, VA, on a military Harley Davidson prior to leaving for France. The second was taken September 1918, between the battles of St. Mihiel and Blanc Mont. It is a photo of the NCOs of the 78th Company. My grandfather is in the middle of the photo, second row, holding his Garrison cover. According to the list of names on the back of the photo, the man in the front row, 2nd from the right, is Corporal John H. Pruitt, who was awarded the Medal of Honor and was later killed at the Battle of Blanc Mont Ridge.

2 thoughts on “Photos From World War I”