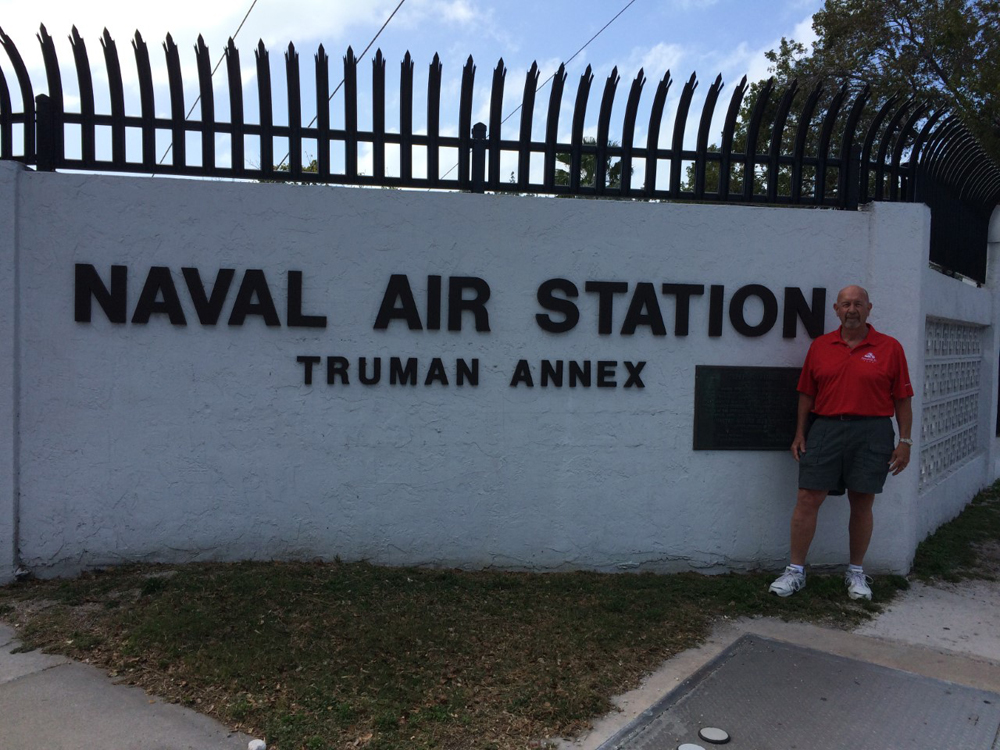 Earlier this month while vacationing in Key West, FL and wearing my new ‘Semper Fi Fund’ shirt my wife and I came upon the Truman Annex and Naval Air Station. The plaque on the wall to my right reads:

The Corps has played a vital role in the life of this island both in war and in peace intervals since that time. From 1939 until September 30, 1977 Marines were on continuous service at the United States Naval Base and Naval Air Station here. The city of Key West salutes the: