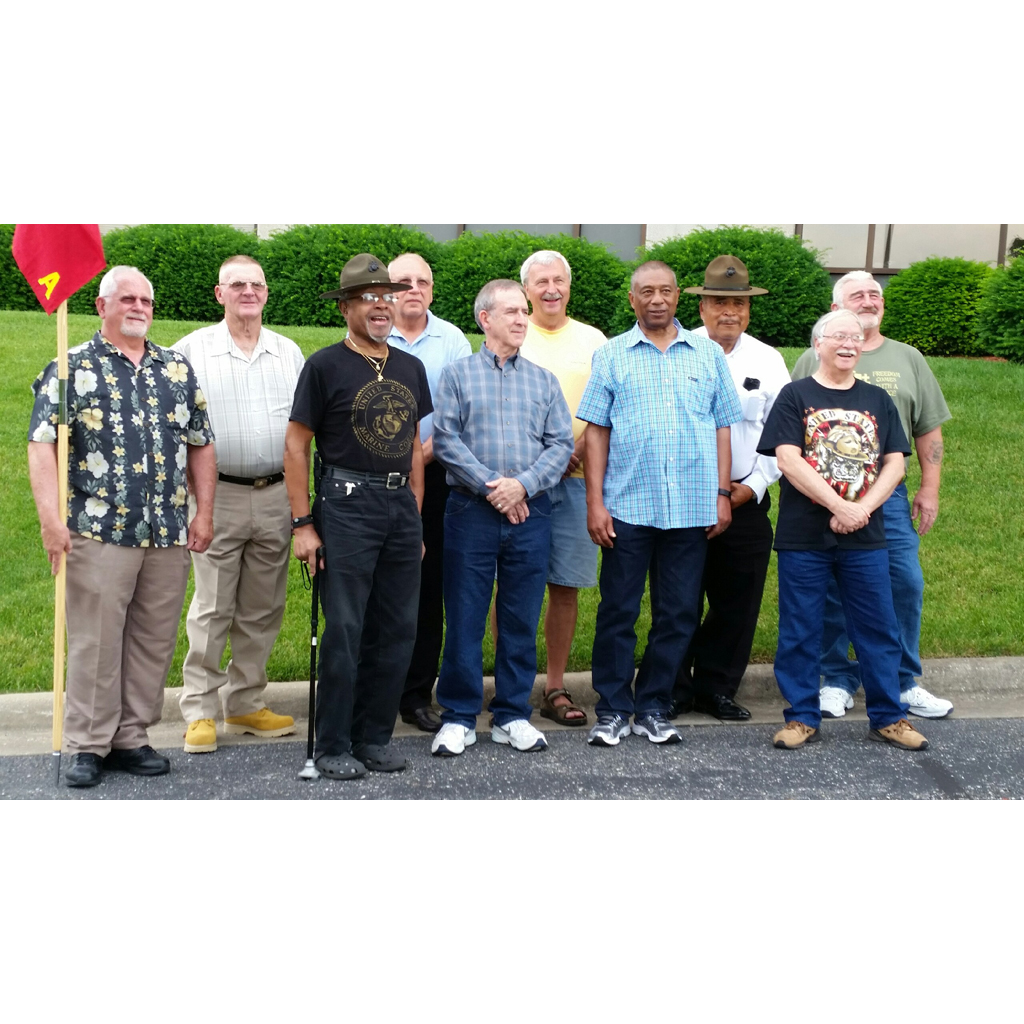 The Marines of Platoon 1066 MCRD San Diego 1969 met in Branson, MO once again for our seventh annual reunion on 4-7 June 2015. We were again joined by our two surviving Drill Instructors, SGT Eddie E. Alley and GYSGT Anthony Gatling. Our Platoon Commander (Senior DI to you Parris Island Marines out there), SSGT Guadalupe Gonzalez, was KIA in Vietnam after returning for a second tour there after he finished with us at MCRD. He stepped on a mine while on patrol. He has a place of honor at each of our reunions.

While there we attended two excellent Branson shows, had a reunion banquet dinner, shared lots of camaraderie and reminisced about the "good old" days over some cold beer. After our group picture was taken with our platoon guidon, SSGT Eddie Alley instructed us to "fall-in" and he proceeded to march us up and down the reunion hotel rear parking lot. If it had been 46 years earlier, we all would have been doing "squat thrusts forever" for the way we marched. At one of the shows we attended Vietnam Veteran SGT Kenneth Fielder was given special recognition for his service there that resulted in 5 Purple Hearts and 3 Bronze Star Awards obtained during his tours in country. On Saturday night we had our reunion banquet and all of the great items so generously donated by SGT GRIT were distributed to the attendees to everyone's delight. These former "Hollywood Marines" proudly wore their SGT GRIT gear for the rest of the reunion. On behalf of Platoon 1066, I would like to thank you for once again being a very special part of our annual reunion. Everyone looks forward to your goodies each year. For those Marines out there that have never been to Branson, MO it is without a doubt one of the most "military friendly" places you can visit here in the states.