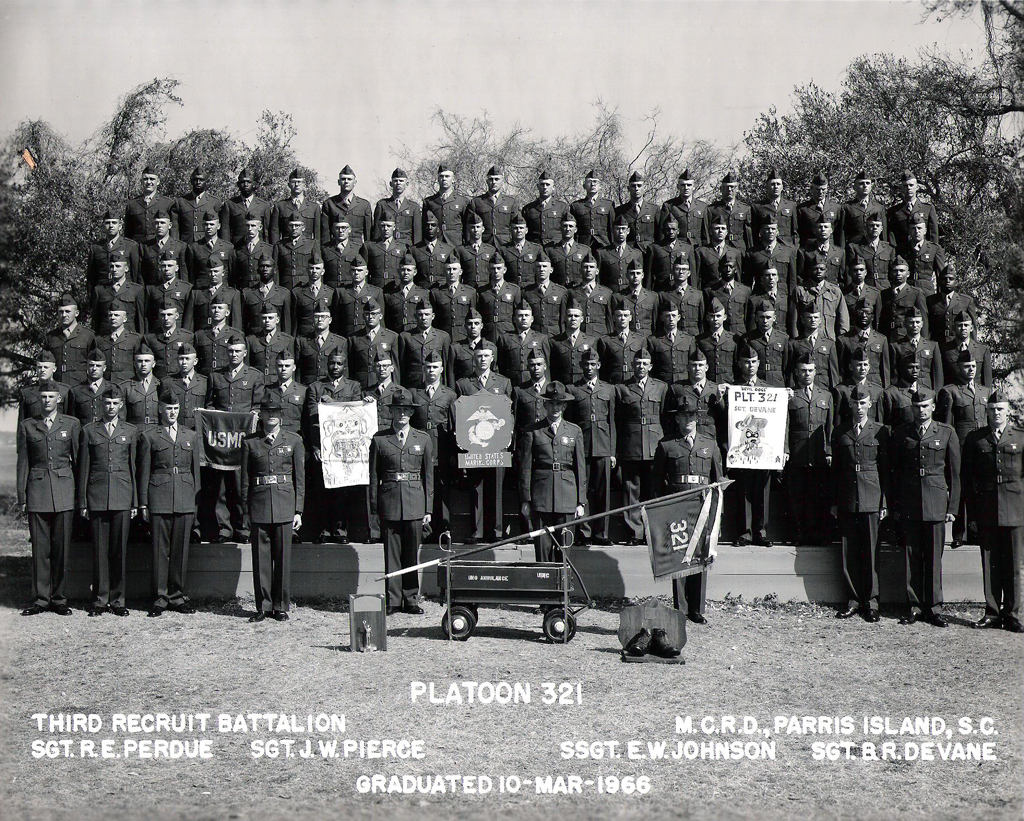 I am attaching the Platoon 321, Parris Island Photo taken 10 March 1966. Many of the 0300 mos went direct to ITR. I was in the first group with orders to WesPac scheduled to depart June 1, 1966, but I was sent to DLIWC and did not leave until about Aug 25th. Notice only some have rifle qualification badges.

Jim Kozelouzek, my bunk mate, called me about 4 yrs ago. He suffers from PTSD. We met in Las Vegas about 2 yrs ago and talked and laughed like it was yesterday. I call him on the Marine Corps Birthday and Memorial Day.

I have not been in touch with anyone else in the photo since about 1975.