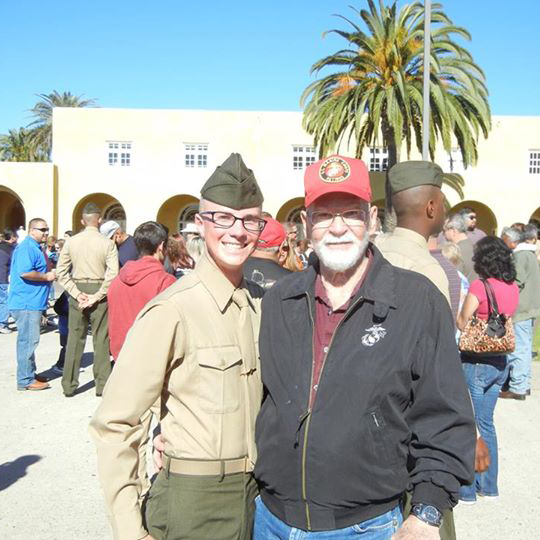 It's been awhile since I submitted anything. I just celebrated my 78th birthday and 61st anniversary of my enlistment in the Marine Corps. Last January my grandson Dylan Hattox graduated from MCRD San Diego and is currently stationed at Pensacola learning how to be and air crewman hoping to make Crew Chief one day. Ive enclosed a pic of him and me at his graduation doesn't he look squared away?

As you can see, I'm well outfitted by Sgt Grit, cover, Jacket and watch. I offered him the watch but he said it wasn't regulation and he couldn't wear it unless in civilian clothes. Also on my birthday a friend posted the following:

No Sea Stories this time just want to welcome another Marine into our brotherhood of United States Marines.

One thought on “Proud Grandfather”