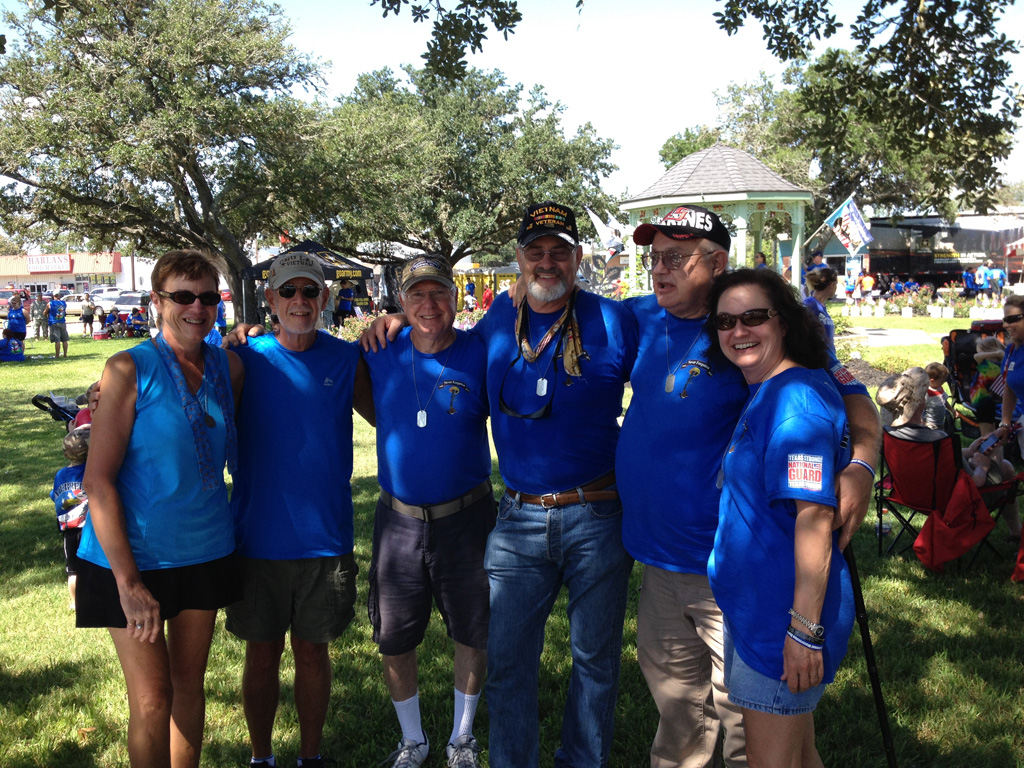 Last month on August 14th I had the honor and privilege to reunite with three of my Vietnam Marine brothers in Tomball, Texas. We had not seen each other in 46 years! We traveled from Connecticut, Michigan, California, and Texas. After a few tears and mighty bear hugs we started jowl jacking like it had only been a week since we last met. We laughed and told stories about the funny stuff and practical jokes we did to each other in Chu Lai in 1967 and 1968.

We laughed and lied about who saved who for four wonderful days. I gave each one of my brothers a Sgt. Grit metal sign that read, "Warning. This House Is Protected By The Good Lord And A U.S. Marine." We all participated on August 16th in the "Run For The Fallen" in Hempstead, Texas. Every military service member from Texas who gave the ultimate sacrifice was honored. Each name was read by volunteers. Governor Perry gave permission for the flags in the town square to be flown at half-mast while the names were being read.

The "Run For the Fallen" is the most patriotic, reverent, and uplifting event I have ever seen. I give many thanks and props to "Operation Military Embrace", operationmilitaryembrace.com, a 501C3 organization that put the event together for the fifth year in a row with help from many sponsors and the great city of Hempstead. OME gives 100% of every donated dollar to wounded service members and their families. Everyone working for OME is a volunteer and they work to honor our service members and to give them and their families a hand up in their time of need.

Thank you Sgt. Grit for all that you do for our military service members.