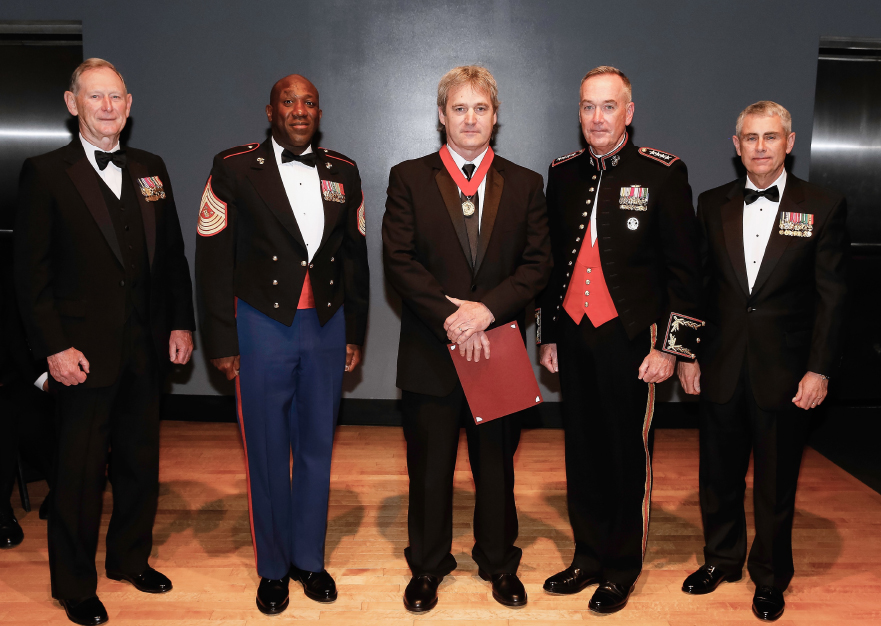 The 2015 Major Norman Hatch Award has been awarded to filmmaker Bob Zimmerman, of Tuscola IL, for his documentary Rise of the Valiant. Each year, the Marine Corps Heritage Foundation presents a series of awards to both Marines and civilians from around the nation, recognizing their exemplary work in advancing and preserving Marine Corps history. Zimmermanâ€™s film won for Feature Documentary. The 2015 awards were presented during a special ceremony National Museum of the Marine Corps on April 25, 2015.

The story is told by veterans of the 6th Marine Division who relive their experiences during World War Two, from they time of their enlistment in the Marine Corps to coming back home after the war. However, the primary focus of the film is their experience at the Battle of Okinawa, which claimed the lives of 250,000 people during the 82-day battle. Their combined interviews provide a fascinating and moving portrait of the battle. The interviews are supplemented with war footage and photographs from the National Archives, the Marine Corp History Division, the National Museum of the Pacific War, and personal collections.

Bill Sloan, the author of the book The Ultimate Battle, provides commentary regarding the historical context of the experiences of the Marines. Eric Sizemore, a voice actor from Champaign, Illinois, provides the narration.

Rise of the Valiant and Bob Zimmermanâ€™s first film Out of Nowhere, a documentary about the Champaign music scene are available locally at Exile on Main and Thatâ€™s Rentertainment in Champaign, IL. The films are also available on Amazon by clicking on the link at www.razfilms.com.