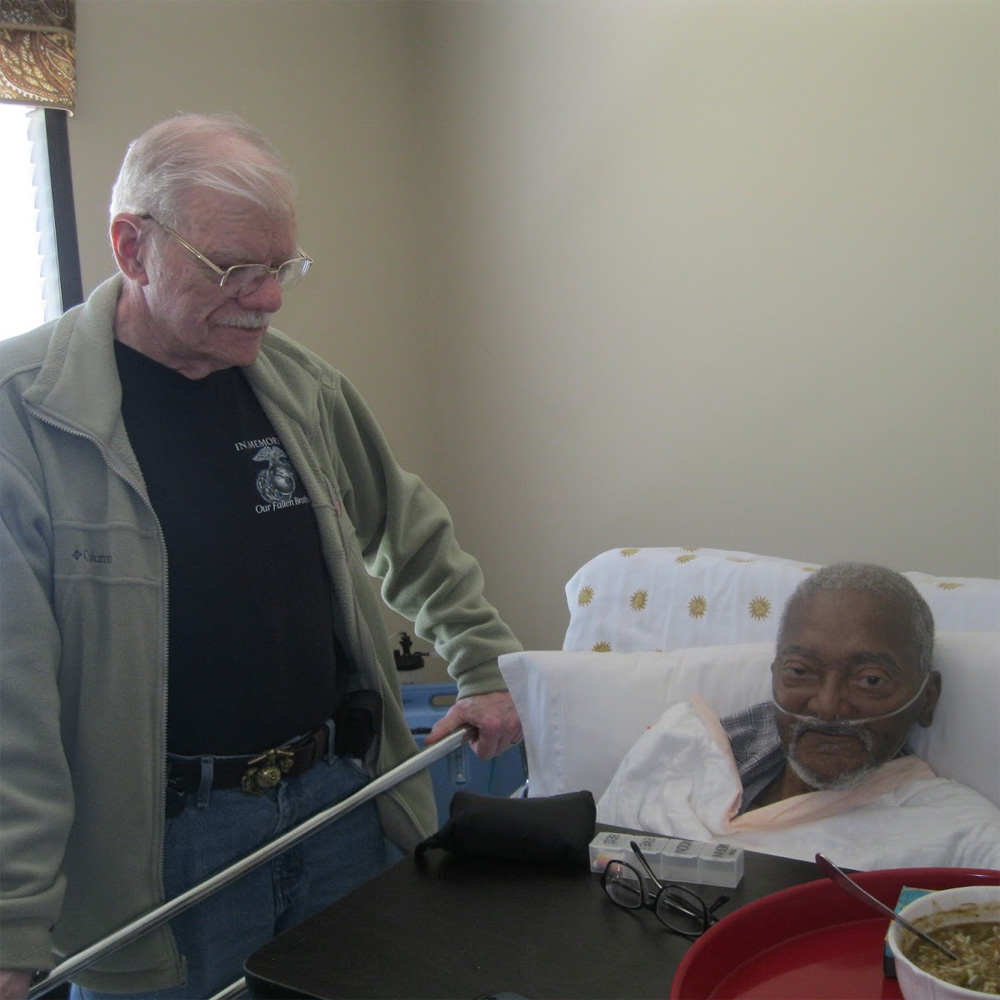 We learned today with great sadness of the death of my Marine Brother LCpl John Payne, of Folson, LA. John received a new lung through the Madison, VA hospital in December of 2013, five days before I received mine. We both had Pulmonary Fibrosis.

We met John and Donna early in October of 2013 when we were both put at the top of the transplant list. We saw each other two or three times a week in Physical Therapy. Since they were stuck in the hotel, we made it our mission to get them out shopping, to eat and for drives in the country. While I would of course do this for a brother Marine, as would John, we quickly became a part of each other’s families.

John was drafted in to the Corps and of course was sent right to the infantry in Vietnam. He saw a lot of combat, and as one of four survivors was badly wounded in the head when his platoon was overrun. He had the scars and Purple Heart to show for it. He was a laid back guy, not boastful, and you had to drag this information out of him. Donna told us he only received his Purple Heart–in the mail–about seven years ago. (I’d have been beating on someone’s door!)

John remained a patriotic Marine all his life. Once he said to me, “Bob, there’s a lot wrong with this country. But if you don’t like it here, if it’s not working for you, why wouldn’t you go live somewhere else.”

Here are photos of their family from that trip:

Both Bonnie and I will greatly miss John, and our hearts and prayers go out to his family.

One thought on “TAPS For LCpl John Payne”