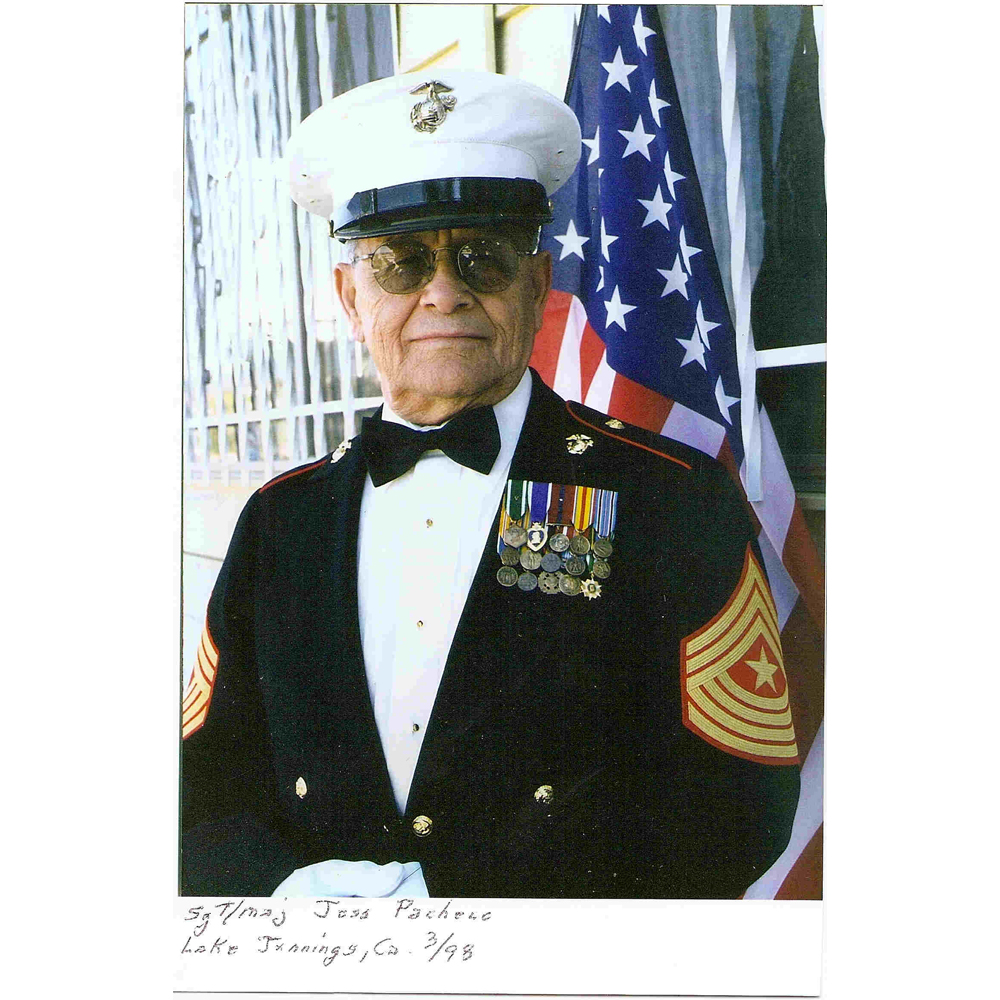 Just received a text from SgtMaj Pacheco’s daughter. The SgtMaj reported in to his next duty station on Thursday, 14 April 2016 at 1813. Members of Platoon 145, MCRD San Diego 1962 mourn his passing plus I know there are others who read this newsletter who served with the SgtMaj.

What a man. What a Marine. Semper Fidelis SgtMaj, Fidelis Ad Mortem.

“One Thing Led to Another and Before We Knew it, We Were Dead.”
–Michael O’Donoghue – Founder of National Lampoon magazine & Saturday Night Live

Once a Corporal. Forever a Marine.
Jerry D.

2 thoughts on “TAPS For SgtMaj Pacheco”