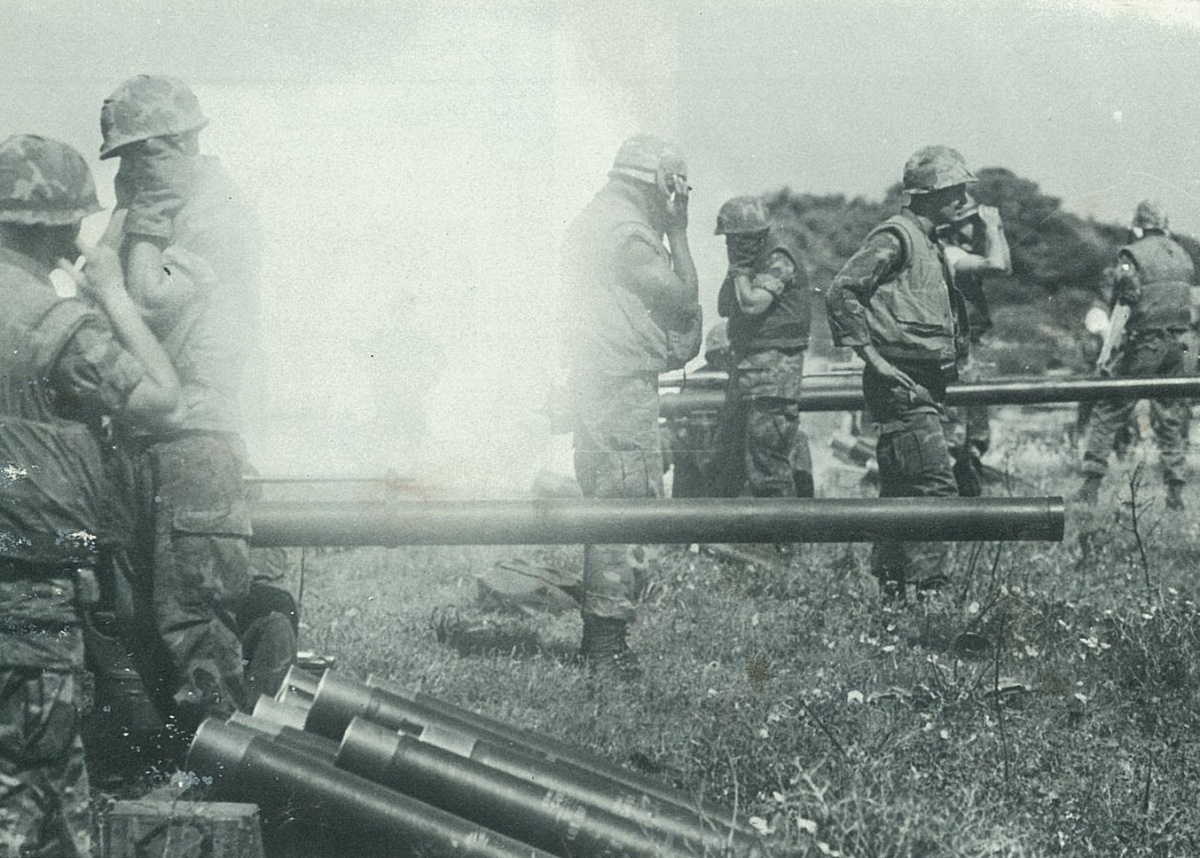 It's funny, lately, I've been meeting Marines that served during the 80's, 90's, and 00's years and when we talk about our experiences, enlistment years, and MOS I always have a hard time explaining the 106mm Recoilles Rifle and 50cal spotting rifle.  They have absolutely no idea what this fine weapon was all about and how much fun it was to shoot!

I had the pleasure of being assigned to 106's Platoon, H&S Company, 1st Bn., 8th Marines during the mid-seventies.  We fired the 106mm RR  four to five times a year at the G5-A Range Camp Lejeune, NC.  We shot at targets over the Inter-Coastal Waterway ranging between 3,000 to 7,000 yards.  Our platoon would fire over two hundred rounds per firing session.

The back blast concussion from this gun felt like you were getting slapped in the face by Mike Tyson.  On one occasion the platoon had all eight guns on line and we fired a salvo!  Each gunner depressed their triggers almost at the exact time and it felt as if the air was being sucked out of your lungs!  A lot of times the back blast would spit out a fire ball streching back several feet away from the gun.  Though we had hearing protection our ears would ring for days after the shoot.

During one live fire, we had a stuck HEP-T round with the breach partically closed, then the round cooked off and blew up the 11ft., 385lb gun and sent it spinning threw the air landing about 50ft. down range.  The back blast sent the 22lb. breach backwards past the safety berm, over the road and into the trees 400 yards away from the firing line.  Fortunately, no Marines were seriously hurt.

I'm wondering if any of the "Old Corps" Marines would want to share any stories or experiences with this gun?