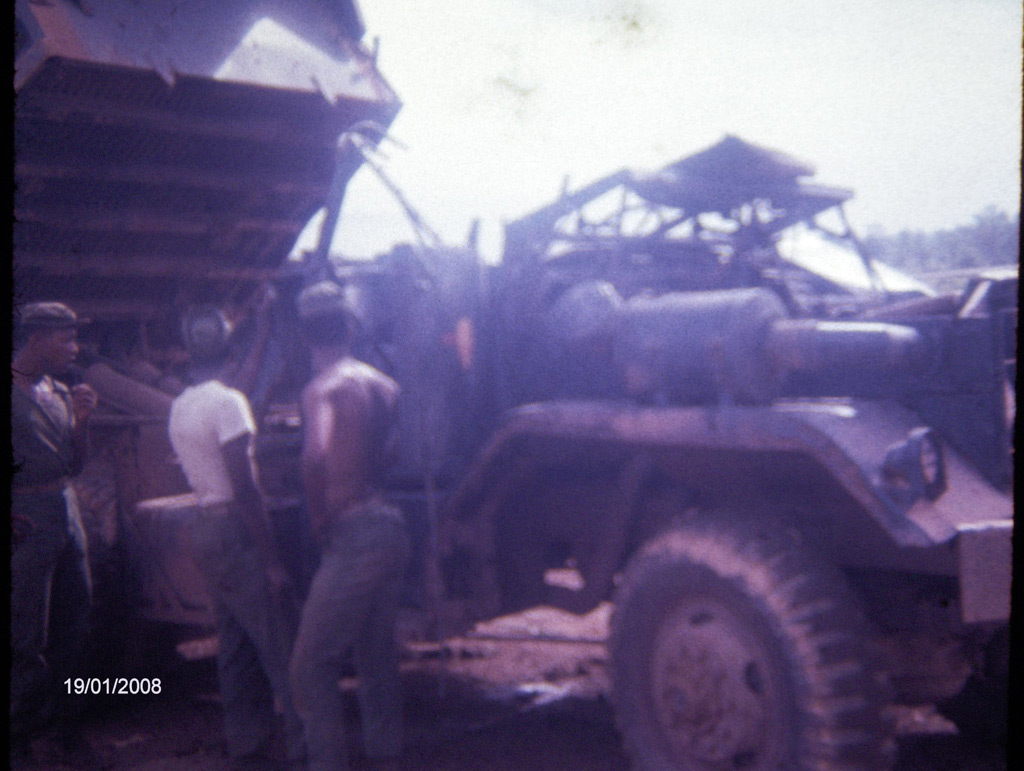 While I was in VietNam (1967-1968) I experienced the true meaning of SemperFi and how Marines take care of Marines.

I was a dump truck driver with the 7th Engineer Battalion, Service Co. I was in a large convoy leaving the AnHue Combat Base with my friend Tyrone Jones heading for Hill 55, then on to DaNang. Tyrone had a new guy with him in his dump truck. I also had a new guy riding with me.(I can't remember the new guys names) The convoy had two tanks with it. One in the front, the other in the rear. About halfway to PhuLoc 6 the rear tank hit a command detonated land mine(I.E.D.) The convoy stopped,the front tank went back to help the blown up tank. We all jumped into the ditches and started shooting into the treeline. We received a few sniper rounds. The undamaged tank blew-up a hootch and the grunt next to me blew-up a small cement structure with a LAW. We got the all clear from the convoy commander and headed for Hill 55. Little did Tyrone and I know that what just happened was only the beginning of a very scary and exciting day.

When we arrived at Hill 55, the convoy broke up, everyone headed out for their own units. One of the Lieutenants stationed at Hill 55 told us that Route 5 hadn't been swept for mines sense morning and to careful. It was late in the afternoon when Tyrone and I left for DaNang with our two new guys. We were driving really fast heading north on Route 5. We had traveled about 10 miles when Tyrone decided to give me a little scare. He came up and bumped the rear of my truck. Just as his truck touched the rear of mine,he hit a land mine. The blast lifted my truck about three in the air. Tyrone's truck few way up into the air and way out into a rice paddy. His truck hit the rice paddy so hard that it threw the two of them out into the rice paddy. Tyrone had concussion and his passenger was unconscious with his right thumb torn off. My passenger and I were not hurt,just a loud ringing in our ears. We thought that he hit a command detonated mine and that we were all alone in the middle of nowhere without a radio. After the dust and smoke cleared we realized that we weren't the only ones hurt. A truck carrying nine Marines was driving by us just as the mine went off. They got hit with shrapnel, wounding most of them. Also there was two vietnamese civilians pushing a cart along side the road. The woman was wounded and the man was dead.

We started treating the wounded as best as we could. I told the Marine riding with me to get his rifle and watch the treeline incase the VC ambush us.

A couple of minutes later he yelled: someone is coming, I think it's VC. Tyrone looked up said: don't shoot it's Marines! I can honestly say that we were scared until we saw the grunts coming(ya gotta love those GRUNTS).

The grunts were on patrol and saw the smoke. That squad of Marines (loaded down with all their war gear) ran over a quarter mile as fast as they could to help us. They called in a MedaVac chopper, set up a defensive perimeter and helped with the wounded. After the chopper left, I thanked the squad leader. He just slapped me on the back, smiled and said: SemperFi Marine. Don't forget we are all Marines. Even the door gunner on the chopper hollered.