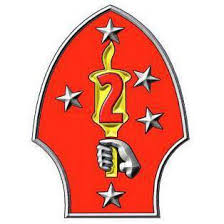 I hesitate to tell this story because of the serious content,unlike most of the stories told here.Sometimes there are events that happen and it’s hard to understand why.I often say when ask why I just say “Why ask why” This one is different to me. Was it a coincidence that a group of Veterans were at that bar? Some of these Vets belong to a group called “The RED,WHITE,and BLUE TEAM” their purpose is to help troubled vets (PTSD etc..) One of the team leaders,a Former Marine,was one of the ones killed.Two other Vets were injured One was another Former Marine that was a survivor of the Vegas shooting.The one Marine killed was a former member of 2nd Combat Engrs 2nd Marine Division and war vet. I do not believe this was a coincidence.(Only my Opinion) The shooter ,ex-marine, Yes you read it right “ex-marine”, had claimed to others that he had PTSD but there is no record of him being enrolled in the VA Health System or seeking help from any one else .Did he have any previous contact with any of the Vets at the bar? Maybe.Now just today I read that another Marine is being accused of killing his wife,also a Marine but,does not remember doing it because he was drunk and “blacked out”and has “Anger Issues”They were both still on active duty and stationed at Quantico . This happened after “The Marine Corps Ball” Everyone cannot be helped! Some will say “I don’t have a problem” My way of thinking is that if you have to say it ” You have it!” 20+Vets take their lives each day.It is estimated that 14 out of those that do are not enrolled in the VA Healthcare System and have not sought help for one reason or another.There is no shame in asking for help.It could save a life or more.Maybe I’m preaching to the choir or just venting but,if you think you might have an issue or suspect that someone you know might, try to get help.We do not have control over everything and we can’t force someone to go,(Only if it is a known threat to themselves or someone else can you force it). How many of these types of crime were prevented because a person got help? There is no way of knowing, is there? “Big Bum Out”? Agree or Disagree Harry is” Bummed ”