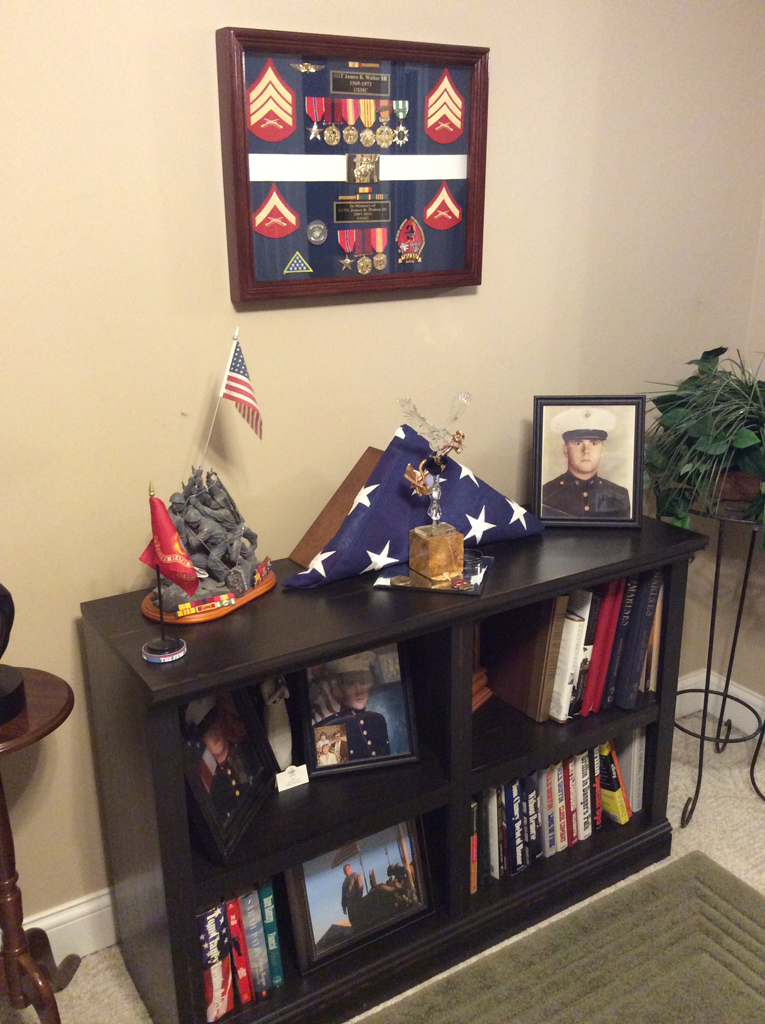 Late in 2013, my son, James Wolter Jr. (Jimmy) had started a project with the help of Sgt. Grit to create a shadow box of medals for my birthday in April 2014. I had no idea what he was doing, but with my wife's help, he was able to get pictures of my medals and other USMC item that I display in my office along with those of both my sons.

On 8Feb14, Jimmy was killed. It was a blow to my family and especially to me. He survived two tours in Afghanistan without a scratch. It fell to me to deal with his affairs and in doing so; I received an email, via his email address from a customer service representative, T'Keiah, at Sgt Grit. She was asking Jimmy how he wanted to proceed with some changes that he had requested. I reached out to her and explained the situation. From that point on, the level of support, compassion and customer service provide by T'Keiah and others surpassed the levels of what we have come to expect these days. I am a Manager for Home Depot, and while we do not always hit the mark 100% of the time, I pride myself on my customer service. What your company did went so far above the expectation, it was wonderful. We exchanged calls, emails, texts along with the calls and support from Christen in productions to make Jimmy's final present to me, the best I have ever received.

The shadow box is a treasured addition to my office. My office has developed into a shrine to The Marine Corps. In 2009 or 2010, Jimmy bought me a glass blown Emblem that sits atop a marble base that he purchased from Grit. All of my MARINE attire has come from Grit. But this gift went far beyond.

I want to congratulate T'Keiah especially for her tireless efforts to pull this together. And kudos to Christen in production for getting it done. I am sure that there are others whose names I don't know, but thank them just as much. My son's untimely death as well as that of my father 8 weeks to the day later, put an enormous strain on my heart but trust me, this gift has restored my faith in the kindness of mankind. You people are my heroes. Thank you so much.

View all shadow box options that we offer.