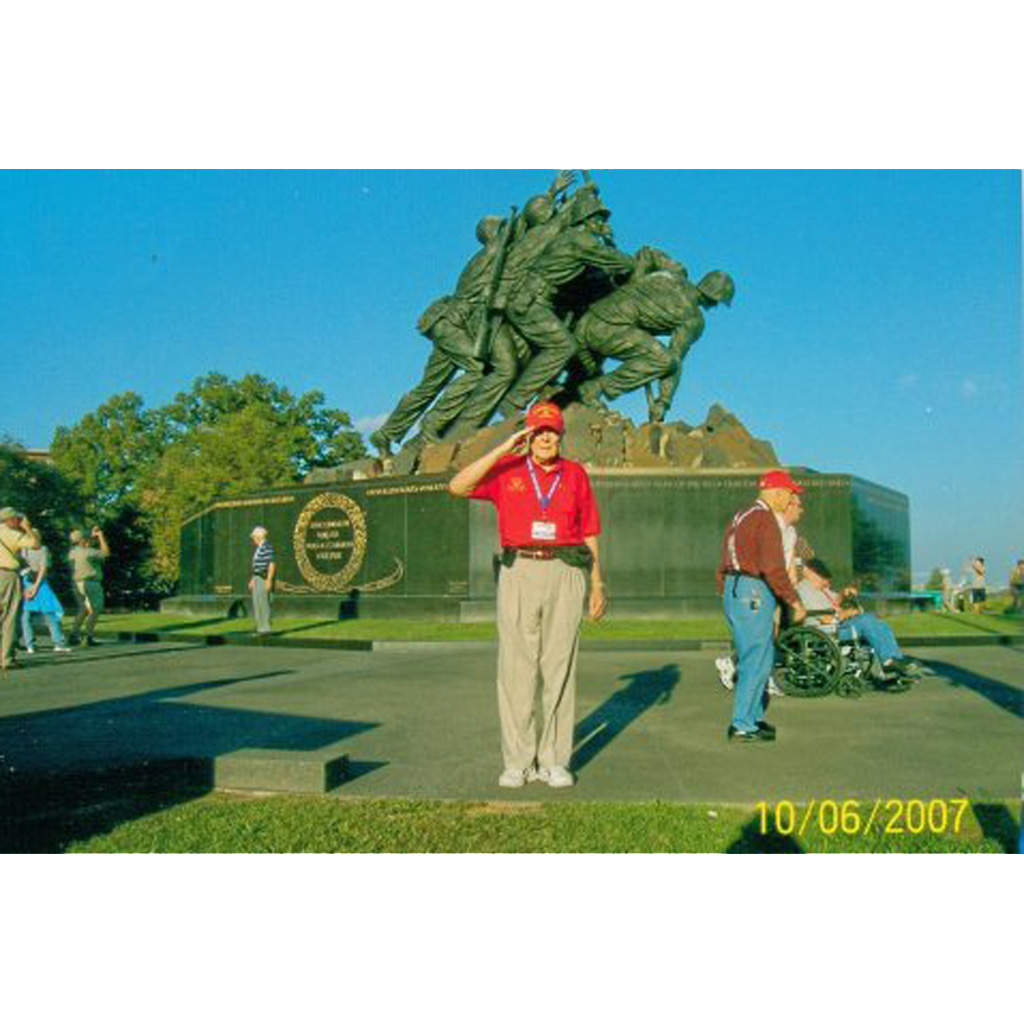 When I went on an Honor Flight to Washington, DC, out of Jacksonville, Florida. (All in one day). I could not resist having my picture taken at our USMC Memorial Statue (since I am an IWO JIMA survivor) and paying tribute with a salute. I also have a miniature of said statue on a shelf above my desk at home. Once a Marine, always a Marine. On another subject which has taken up space in your newsletter lately is my being sent to USMCRD San Diego, despite the fact that I enlisted in New York City which of course is definitely east of the Mississippi.

This was about seven weeks after the attack on Pearl Harbor. Jan. 23, 1942 was my enlistment date in the regulars, and Parris Island was full. So I got a four day train ride (fortunately in Pullman cars) from Penn Station to San Diego. I didn't board in time to get a lower berth, but being only 18, it was no problem to climb into an upper berth. One advantage to the whole thing was that I got travel pay from San Diego back to New York when I was discharged in 1946, and at the time my wife was in Chicago, which is where I disembarked (from the train of course). They weren't flying troops then yet.