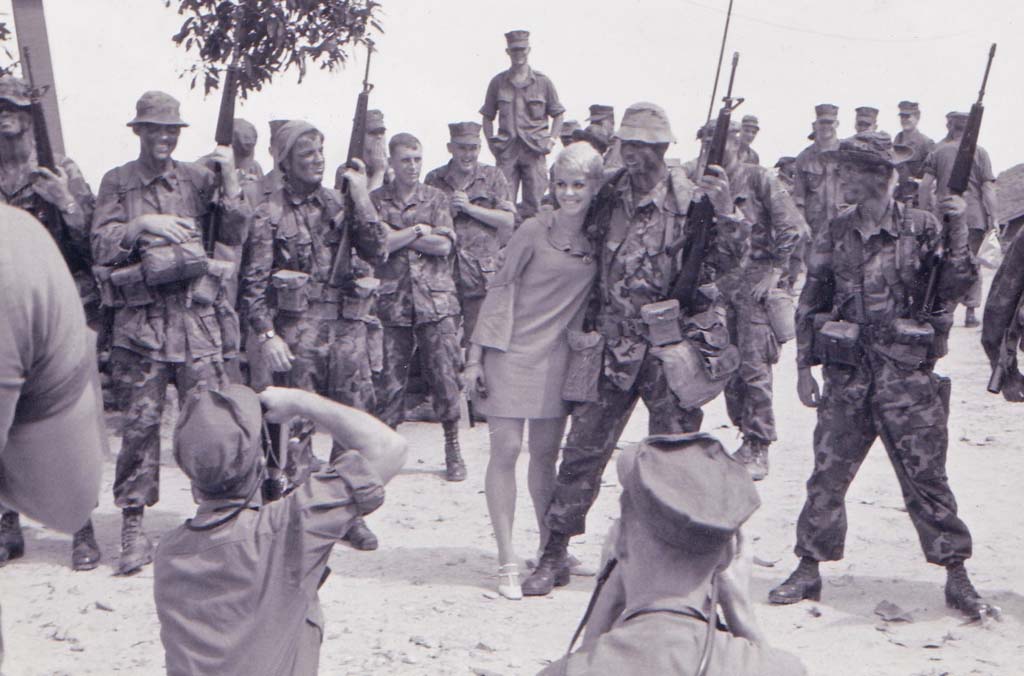 In my 27 Years of Service I've seen a lot of USO shows (actually this is the term used for all shows shown to us in a War Zone). Top Actors during the 1920's, 30's, 40's made USO Shows during WWII, most of them went to the European War. I did get to see Bob Hope, Jack Carson and some lesser named Actors, but not often. Now in Vietnam most of the military men were not familiar with this group but the Girls were Pretty with short dresses and did a shimmy or two. This was the Group Al Jolson (WHO?) put together and sent to Vietnam. No l didn't see Al, Jolson was a big hit during the 1920's and 1930's, and he died in the 1950's so he wasn't there, but if you have a Group and a Manager who's still around, they could be sent to perform for us. You can see the guys enjoying seeing the girls.