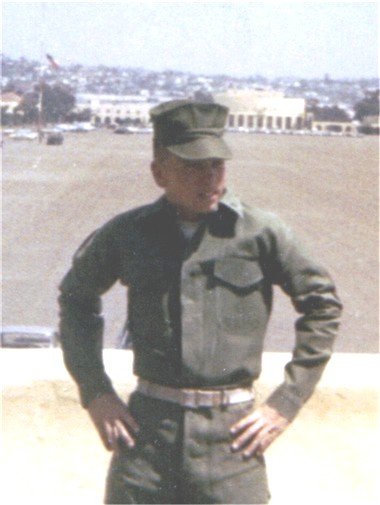 RE:  J. Womack's question about "the utilities used in the late 60's to early 70's that had the concealed buttons on the pocket flaps and the front of the jacket…"

They were first issued sometime around the end of the Korean War ( the first handful in "herringbone…") I believe that all stocks had been exhausted sometime around the start of the Vietnam War.  Our "yearbooks" in August of 1968 at graduation from MCRD San Diego had two sections… a generic section and a later one specific to our platoon.  The first section was assembled years before and the "hidden button" shirts were all that you saw…  By our time we had the same contract issue as the Army and the other services with the visible (and much thicker) buttons in the same general fabric as the hidden button variety.

The "Gomer Pyle" shirts as he refers to them had a far better appearance and were greatly admired and desired.  After graduation I spent 3 months at 3rd Bn, HQ in Graduate Casual waiting for orders before being sent up to ITR… While there I discovered that you could buy entire uniforms at the base laundry (that had been abandoned) for the cost of the cleaning (65 cents as I recall…)  I purchased several sets of utilities including one set of the "hidden button" type (see photo of my set)  For the rest of my enlistment I was offered serious money by lads who lusted after a set…

The large map pouch inside the left side of the shirt made it unsuitable for seriously hot climates.  As to the trousers that went with it, after 44 years, I can't remember about the back buttons… but I do remember that there were no pocket flaps on the back.