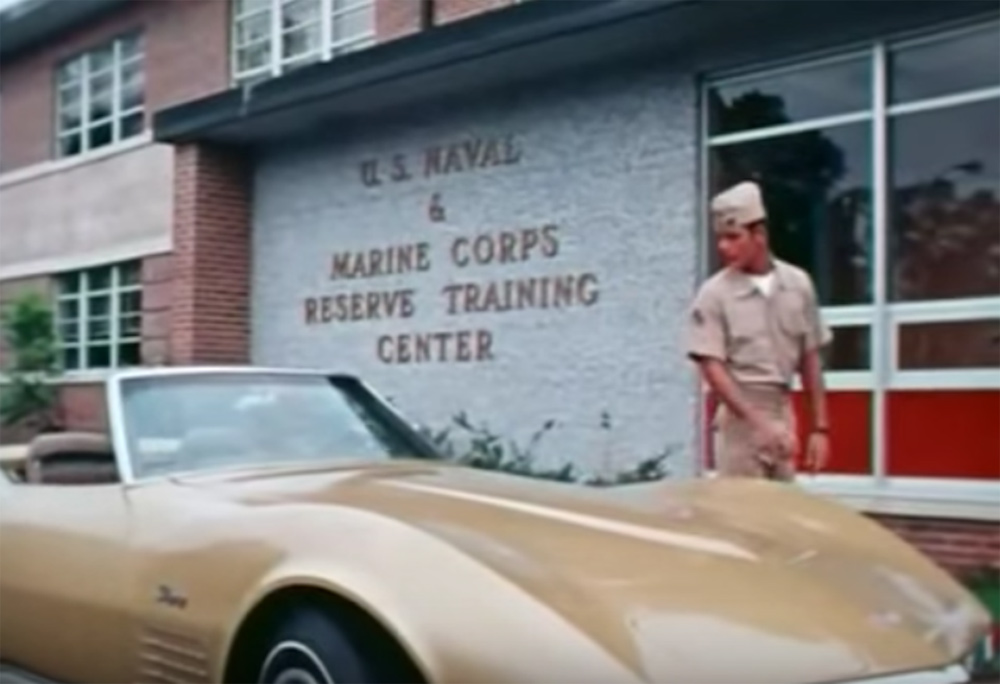 A vintage commercial encouraging young men to join the Marine Corps Reserves in the 1970’s is making the rounds, and it’s awesome.

I’ve been out for a little over a year, and every few months, I get a call from a prior-service recruiter trying to lure me into the Marine Corps reserves. Their offers of getting paid for only working one weekend a month just weren’t enough to woo me back into a military regulation haircut.

Well, their pitch was way wrong, because if they had used this, I might be training for my Physical Fitness Test right now.

The video shows a man in Marine Corps swim trunks — the old-school tan ones — running up the beach to a beautiful young woman.

“Sure the United States Marine Reserve teaches you a lot,” the video says as the man approaches the beautiful blonde, “like how to take a beach head…”

The woman playfully pushes the young Marine when he lays down next to her.

“… how to defend yourself,” the video says.

The man and woman then climb into a golden Corvette.

“And did you know, some Marines even get to drive tanks,” the narrator says.

Naturally, the Corps has changed a lot in the past 40 years, and it’s hard to believe such an advertisement would fly today, but how many people do you think did join the modern Marine Corps to try to attract girls?

And as one of the commenters on Terminal Lance’s Facebook page noted, a Corporal with a car he can’t afford? That sounds about right.