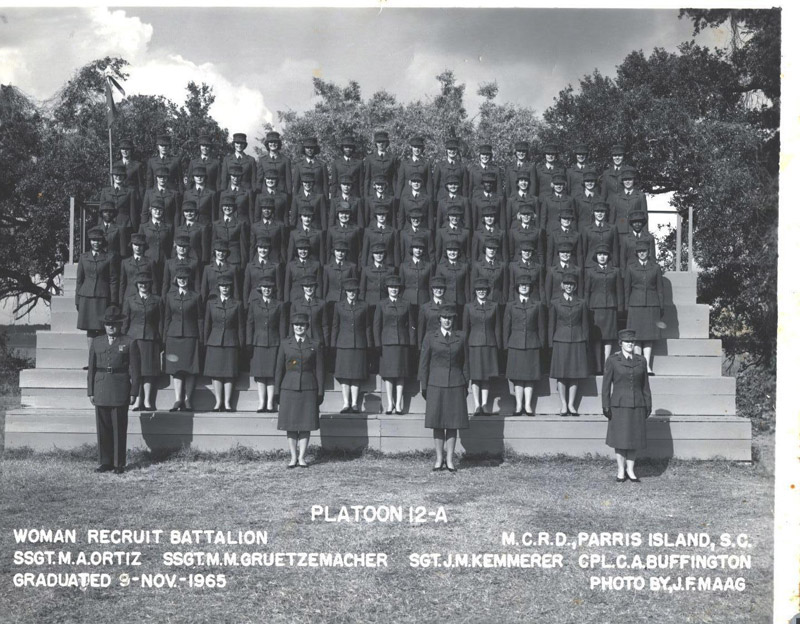 Well, it has been many years since I became a Marine. I just thought that one of my four children would become a Marine, but only one has joined the service—the Air Force. Upon graduating as a Honor Graduate, another airman asked him how he did it. His answer floored me, but made me proud too. He said, “Do you think I could be anything but number one being raised by a Woman Marine”. He went on to graduate from Tech school as an Honor Graduate too.

Anyway, thought I should include my boot camp picture from platoon 12-A November 9, 1965 – I’m in row 4, 7th from the right. Of all the WM’s I graduated with I only know one now—who husband graduated high school with me, her name is Jo Ann. I have included a picture of Jo Ann, I and C.T. (my son) from his graduation from boot camp in 2008. Jo Ann is also in row 4, 2nd from the right.

And to J. M. Oliver who posted the 11-A Platoon picture – yes, we remember.